The cover of Admiral Ackbar’s forthcoming debut gangsta rap album has been leaked and is surfacing all over the internet the last few days. Rumors say it currently has the highest production value of any album made ever, barely passing up MC Chris’s “Fett’s Vette.”

Produced by Lando Calrissian, with backup vocals from Kanye, I can see it at number one on the charts in only a few weeks.

Watch out Justin Bieber, the Admiral is in town and he’s ready to throw down some righteous gangstatude. 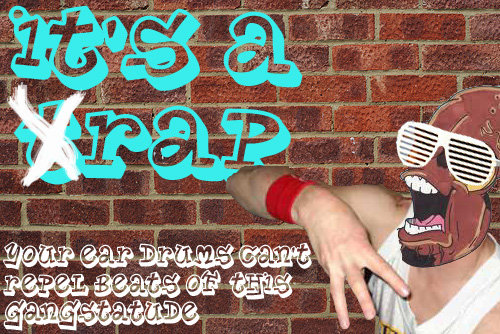 My name is Ryebread.